Another great story about #PhotonicTherapy success:

This morning, one of the working students here at Avalo Farm knocked on my trailer door asking for help as one of the mares appeared to be colicking and the owner Michelle is away teaching for the weekend.

I immediately grabbed my ProLight and chart booklet and headed out in the rain. Indeed, the mare looked quite ill - she was thrashing trying to lay down, kept looking at her flanks and her gums looked very pale, showing signs of intense pain and shock.

I did the colic points twice and within minutes she was less agitated and her gums started to pink up. I followed up with wellness points and when the working student showed up with a sedative shot, she was coming out of it and we decided she did not need to be medicated.

Half an hour later, she was calm, looking for food and her gums were back to normal. She is now resting comfortably under a shelter with a blanket, since it's a cold rainy day here and she was shivering.

It is so great to have this fabulous tool right at hand in my first aid kit, I cannot tell you how many times I have helped horses with it, including when I stopped the hemorraging on my own horse after she tore her pastern and nicked an artery on a wire fence 2 months ago. The light has also helped me accelerate my own healing from my back injury last month. More information on the Photonic Therapy tab of this site! 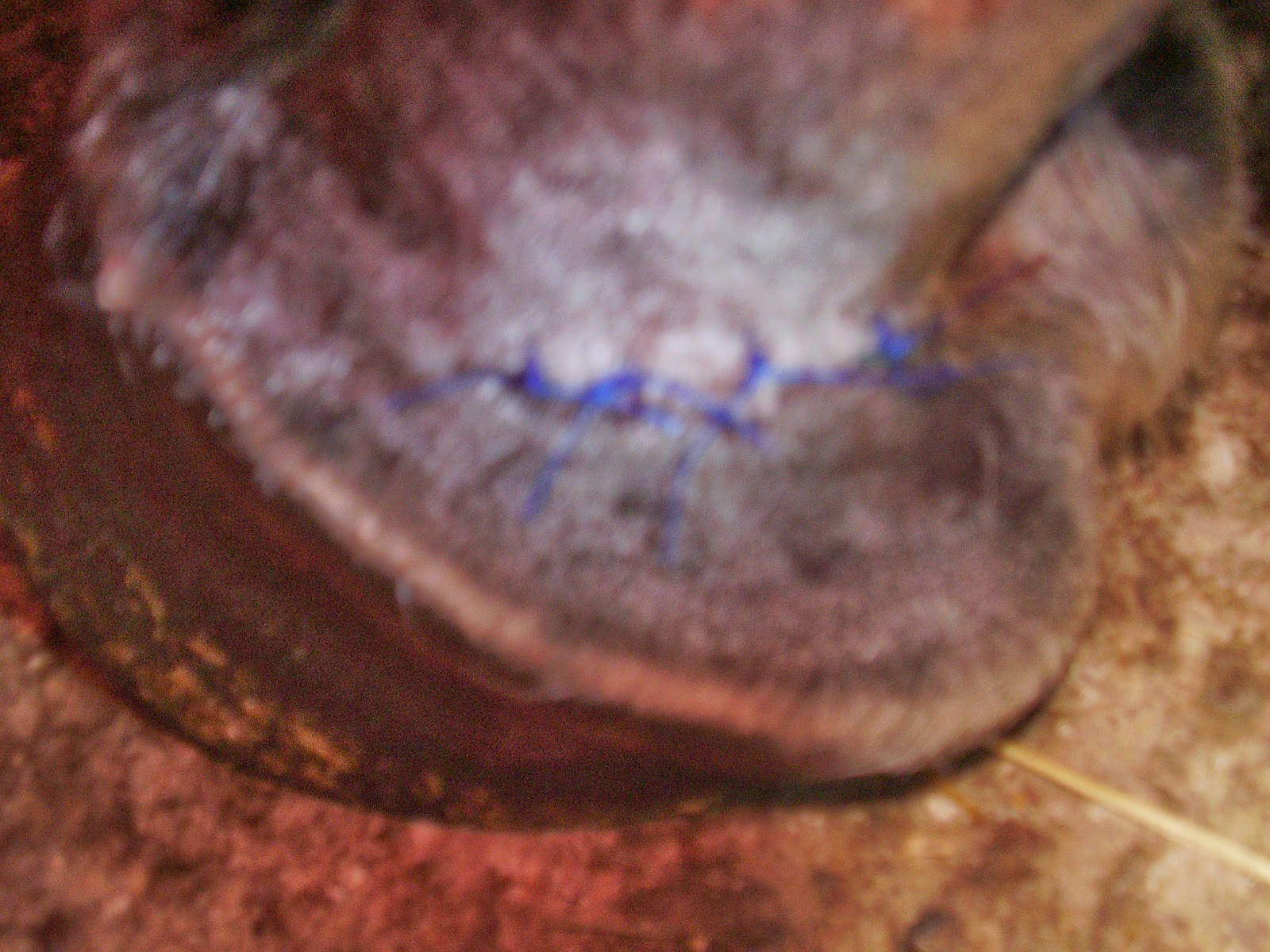 Menina's injury 2 days after it happened
3 layers of sutures, all the way to the artery 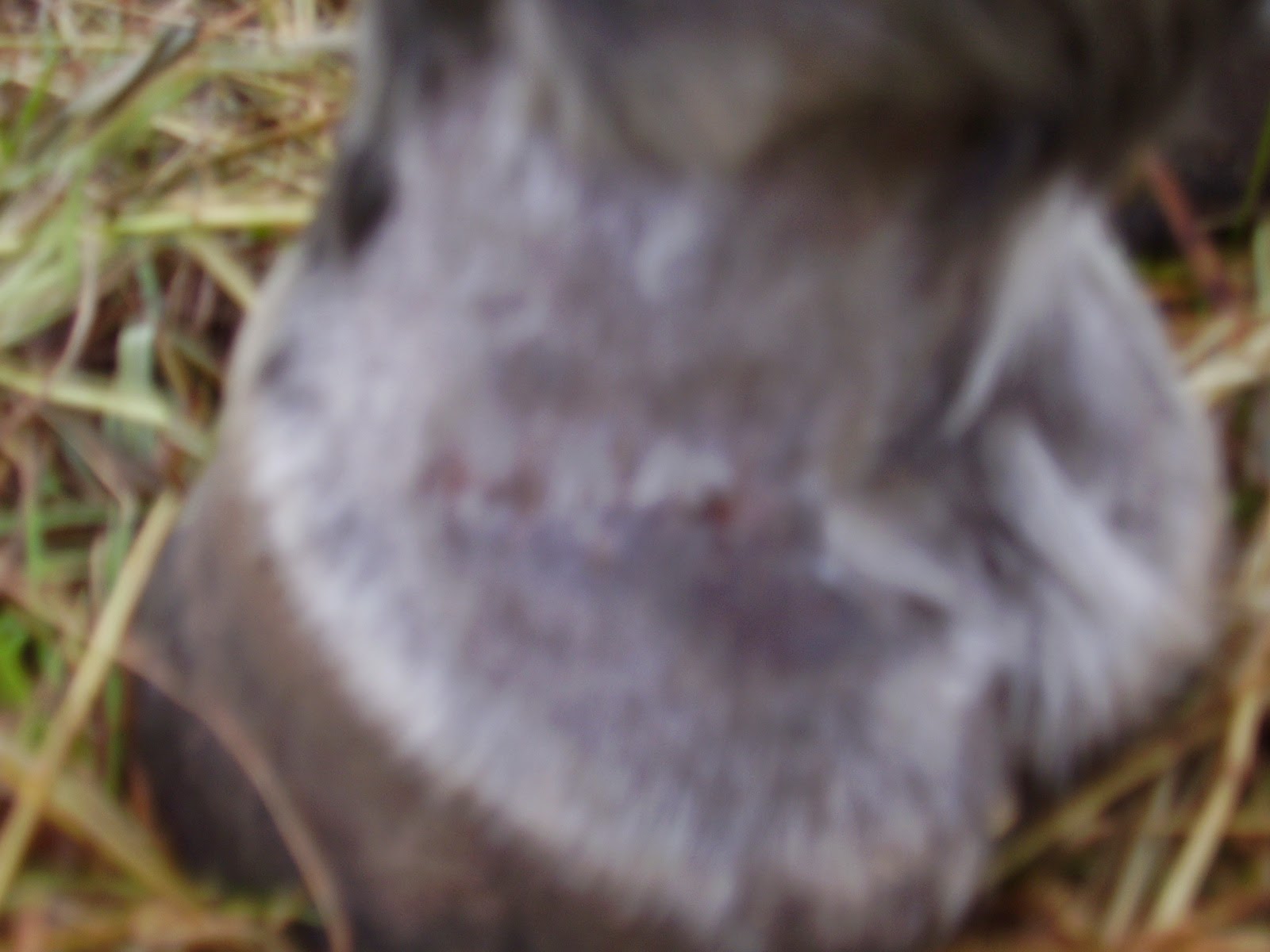